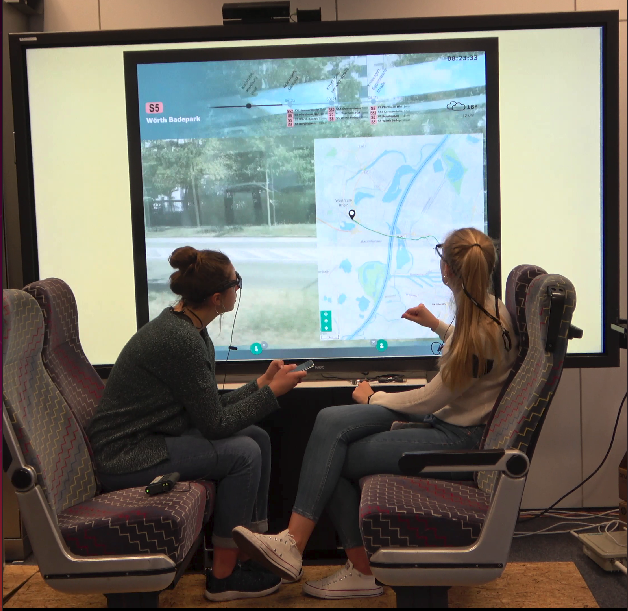 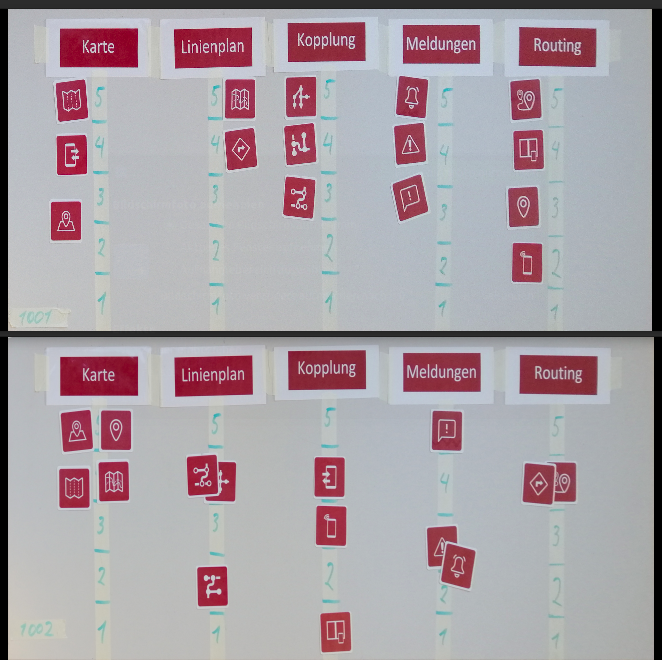 On Thursday, January 16, 2020, a user study on the usability of the icons used on the SmartWindow took place in the IUMS laboratory. The aim was to find out the understanding and usability of our current interaction and visualization concepts with regard to the use of the icons on the SmartWindow and on the smartphone. The evaluation method “Card-Sorting” from the user experience design was used for this study. 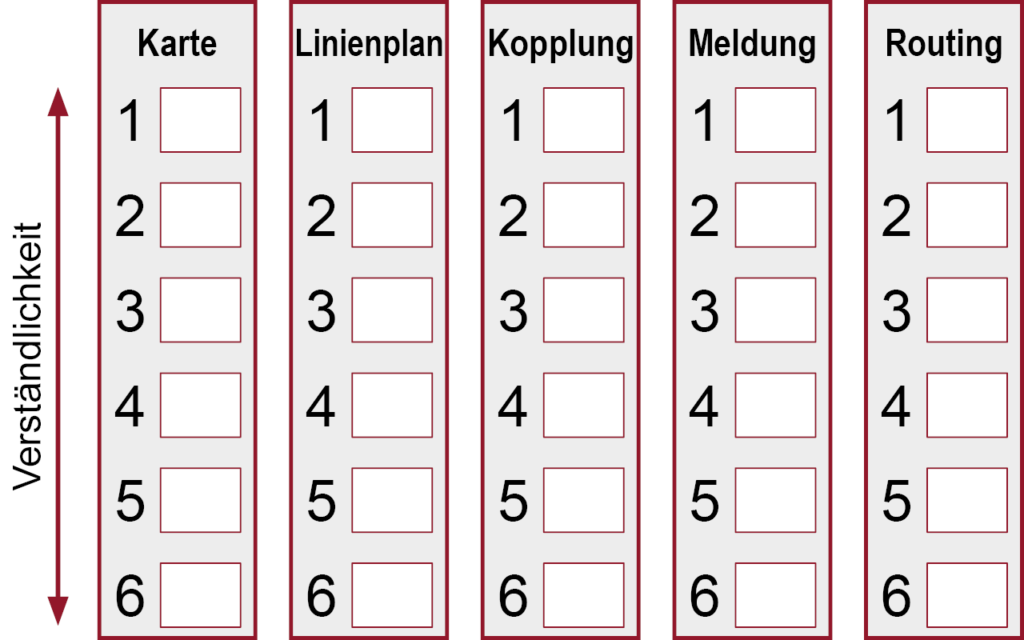 At the beginning of the user study, the test persons were put into a typical public transport situation by means of a virtual train ride in the SmartMMI demonstrator. For this purpose, the test persons were given predefined tasks which had to be completed in the shortest possible time using SmartWindow. Subsequently, the study participants were given laminated icons which had to be grouped into one of the five categories and ranked according to their comprehensibility. Finally, the test persons filled out an online questionnaire, in which some personal information such as demographic information as well as information on the affinity for technology and public transport was asked anonymously. 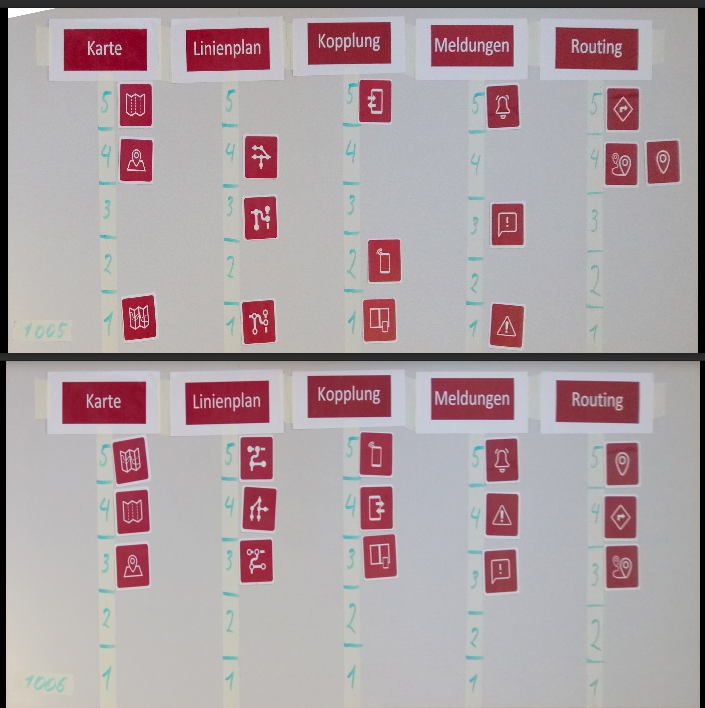 User studies such as these offer us a good opportunity to evaluate the user-centered development in the SmartMMI research project with real public transport passengers. In order to detect possible weaknesses and to be able to make the adjustments for the upcoming field test in the KVV network. We would like to thank the very motivated test persons for their participation and are looking forward to future cooperation in this field. A short presentation of the IUMS laboratory and the existing possibilities completed the SmartMMI user study. The results of the user study will be published in a scientific paper.