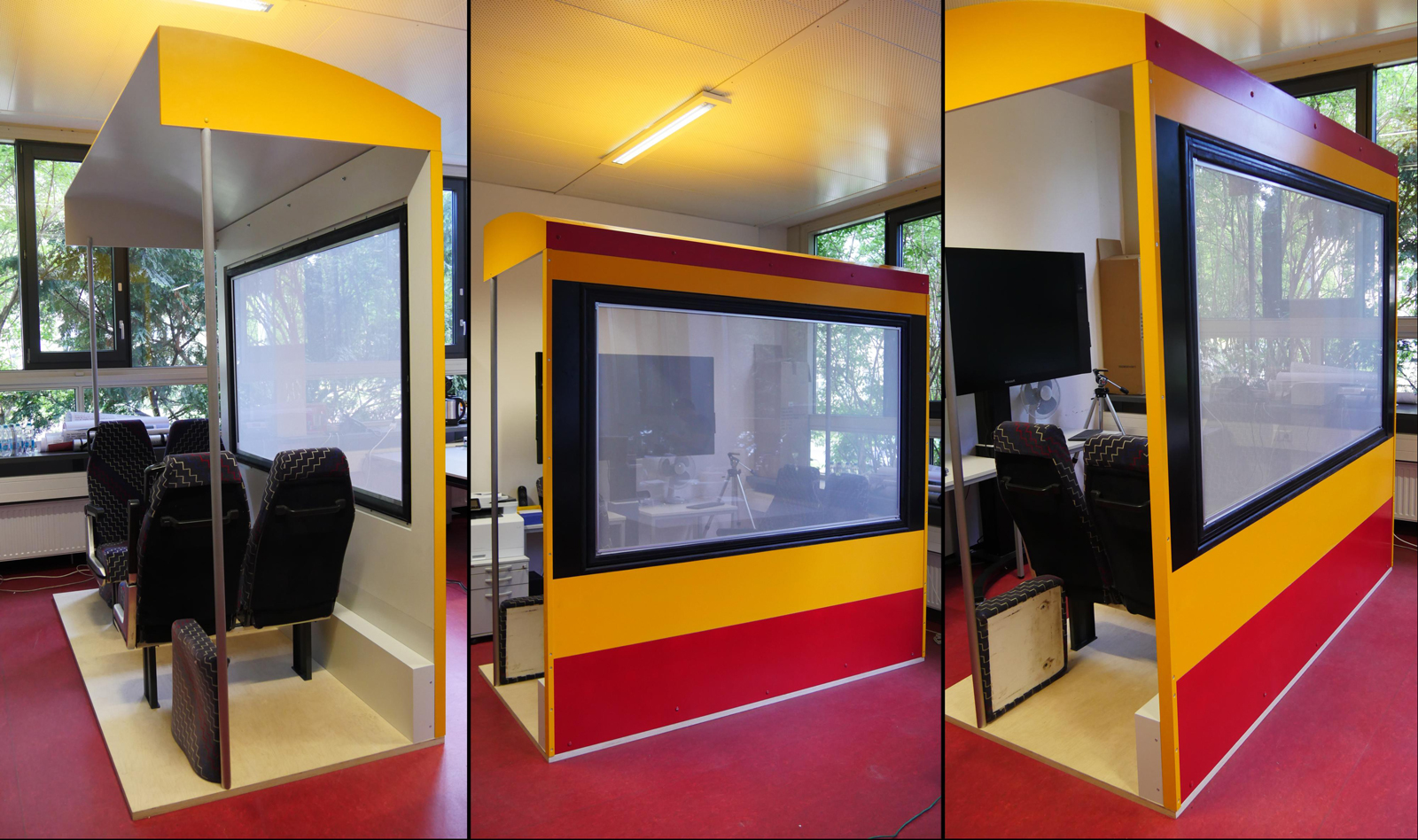 In the middle of April 2019 our newest SmartMMI Demonstrator was completed. The design and manufacture of the wooden superstructure was performed with a carpenter from Karlsruhe. This demonstrator is a detailed replica of a railway cabin of the Karlsruhe trams. The completed demonstrator is used as an integrative prototype of the second iteration within the SmartMMI research project. This means that the previously developed components come together in this prototype to be thoroughly tested. The tests also include user studies to evaluate the usability of the SmartMMI system and the interaction with it.