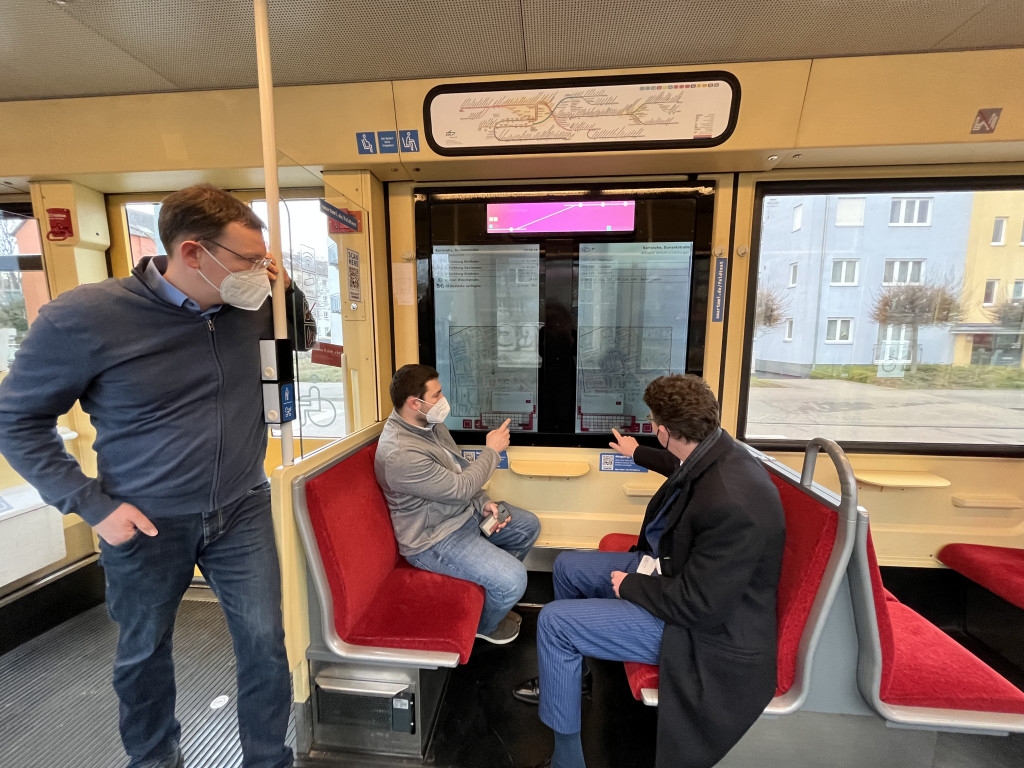 A window that not only provides a view of the passing landscape, but also offers passengers interactive timetable data, route network maps and info on places of interest: This is by no means science fiction, but is called “SmartWindow” and can now be tested in a light rail of the Albtal-Verkehrs-Gesellschaft (AVG) by all interested passengers. Live research is taking place in Car 900 as part of the SmartMMI project, which is being led by Karlsruhe University of Applied Sciences. The project is funded by the German Federal Ministry of Digital Affairs and Transport. AVG is one of the five partners in the SmartMMI project and is supplying the appropriate carriage material for the exciting field test.

Scientists from Karlsruhe University of Applied Sciences, together with AVG’s technical experts, have installed an interactive window in the Stadtbahn 900 that offers a wide range of functions. It works separately or in combination with an associated app (SmartMMI app) and is now freely accessible to all people with a ticket after corona-related restricted usability as part of their regular journey. In the final stage of research, the window is to be semi-transparent; in the current research stage, it is two vertical and one horizontal display that can be operated via touch function.

Passengers will receive the following information on the screens: Their current position as well as the position of the next stops and which connections are reached at these stops. The route network map can be used. Passengers can still calculate a route and a special feature is the transfer of the route previously calculated in the SmartMMI app to the SmartWindow. Conversely, information created on the window can be taken along for the rest of the journey on the passenger’s own smartphone. A QR code can be scanned for this purpose. This can be interesting, for example, when changing trains. Work is also underway to display exciting information about sights and historic sites along the route on the screens in the future. Information on individual points is already available. The university will evaluate passenger acceptance by the end of 2022. The window was already installed last year, but its use has been limited so far due to the corona pandemic.

“We are pleased that the Karlsruhe University of Applied Sciences approached our transport company with the project. Karlsruhe has always been at the forefront of the development of new technologies in light rail transport and therefore we are also happy to support research into future-proof information systems for passengers in order to make public transport even more attractive,” says Christian Höglmeier, AVG’s technical managing director.

“With SmartMMI, we have already been able to show that we can helpfully display information in local transport and make it usable interactively. In this context, the interactive SmartWindow with its capabilities represents a real innovation and makes Karlsruhe a pioneer. We can already see that new usage scenarios are emerging and being accepted by passengers. The versatility, from interaction with touch to use together with the personal smartphone, also plays an important role,” says Prof. Dr.-Ing. Thomas Schlegel, project manager and spokesman of the Institute for Ubiquitous Transportation Systems at the HKA, pleased about the “unlocking” for all passengers. The field test is expected to run until the end of the current year. 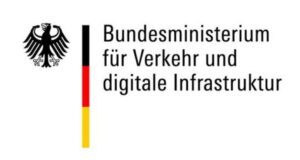